A senior nurse found to have concealed the true temperature of Ebola survivor Pauline Cafferkey has been suspended for two months.

A disciplinary panel said Donna Wood’s dishonesty was “very serious, but not premeditated”.

Mrs Wood and Ms Cafferkey were among volunteers returning from fighting Ebola in Sierra Leone in December 2014 when they were screened.

Ms Cafferkey’s high temperature, recorded at Heathrow Airport on 28 December 2014, should have triggered concerns that she was infected with the deadly virus.

But a Nursing and Midwifery Council (NMC) panel found Mrs Wood suggested a lower temperature be recorded on Ms Cafferkey’s form so they could pass through the screening process at passport control more quickly.

It concluded that Mrs Wood was guilty of misconduct because she did not raise the alarm over Ms Cafferkey’s condition and, as a result, her fitness to practise was impaired.

The panel could have struck off Mrs Wood, who was a senior sister at a Stoke-on-Trent hospital, but it said that would be disproportionate and not serve the public interest.

It added that Mrs Wood’s behaviour was unlikely to be repeated and a longer period of suspension would unduly damage her career.

She had almost 30 years of unblemished service as a nurse.

In September, the NMC cleared Ms Cafferkey of misconduct over claims she had hidden her infection, after a panel ruled that her judgement had been impaired by her illness.

When a team of NHS volunteers, including Mrs Wood and Ms Cafferkey, arrived back at Heathrow in 2014, they were asked to take each other’s temperatures as part of a screening programme set up by Public Health England.

The Nursing and Midwifery Council panel found that Mrs Wood was aware that Ms Cafferkey’s temperature, which had been measured twice at 38.2C and 38.3C, was raised and was above the threshold of 37.5C, which would have alerted officials to a potential warning sign for Ebola.

But when it came to writing down Ms Cafferkey’s temperature, Mrs Wood was found to have said “let’s put it down as 37.2 and get out of here and sort it out later”.

Dr Martin Deahl, a consultant psychiatrist who travelled out to Sierra Leone with Mrs Wood as an NHS volunteer, told the BBC that when they all arrived back at Heathrow, the situation was “utterly chaotic and disorganised”.

“We came back utterly exhausted, completely stressed out.

“The fact that we had to take each other’s temperatures – that should simply have not happened.”

He said Public Health England should have looked after them better.

“I think there should have been officials from Public Health England to do these checks themselves and satisfy themselves that we were all healthy.”

He added: “I can’t help but think that part of what’s happened subsequently is just scapegoating, and trying to deflect blame on to individuals.”

He also said Mrs Wood’s experience would make it less likely that people would come forward and volunteer to fight diseases in the future.

Prof Paul Cosford, director of health protection and medical director at Public Health England, rejected any suggestion that the screening was disorganised.

He said: “It was busy at Heathrow but simply wrong to allege that it was chaotic.

“We screened thousands of returners from countries most at risk of Ebola and did so with efficiency and courtesy throughout.”

He said PHE was grateful to all the volunteers who contributed, at great personal risk, to fighting the Ebola virus during the outbreak in West Africa. 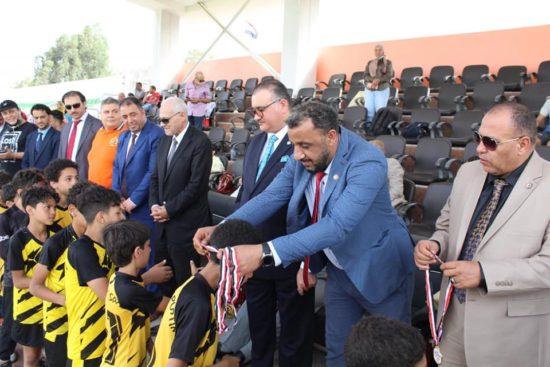